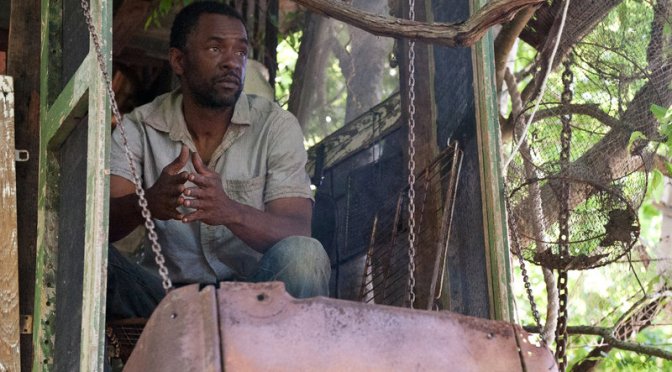 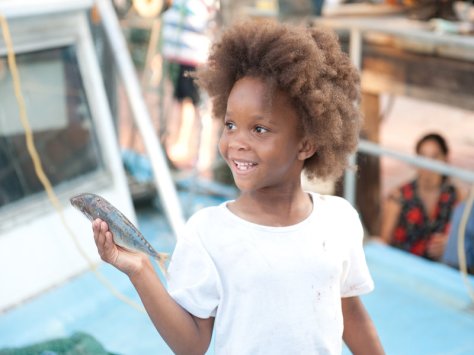 Check out the trailer on the NYTimes Blog site

I should have known as I watched this film at ABFF summer 2012 that nothing but “GREATNESS” was going to be the results of this movie. It was an incredible film and the best part was the actors brought a fresh sense of Newness and enlightenment to the film. Speaking with the producers I found out there were 2000 children auditioned for the role  landed by “Nominee Quvenzahne’ Wallis” a NON experienced Child actor .

They loved her look. He even said something to the effect of her vocals not really matching the film (which explained why she had little speaking parts). She was a brave child in the movie and there was just something about her. Also, the role of her dad was landed by a “Store Owner” of the streets of New Orleans who also lacked acting experience. The producer and director clearly knew the direction they wanted this film to go in. They knew the characters and the producer said something to me very interesting. He said “It was about getting along on the set”, Having the right chemistry, and being able to work together. This is what makes a great film. It’s not about the acting experience.

From the Nomination of “BEST FILM” I have no choice but to think he was absolutely correct. The DP (director of photography) on the assignment. It was also his very first project. I remember the actor (who played the dad) his plane was delayed so he arrived after the film. This film is living proof of NOT letting go of your dreams and hopes! I pray the results of this project be an inspiration to all independent film makers. 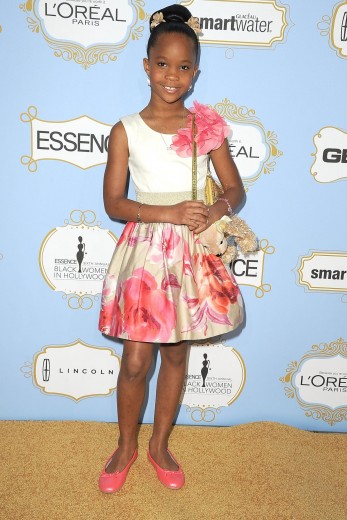 FILM SYNOPSIS
In an isolated Louisiana swampland known as the Bathtub, young Hushpuppy and her father are part of a community that lives outside of the structure of modern society. When rising flood waters threaten the area, the young girl’s resourcefulness and lively imagination are called into play as the region’s residents face the approaching disaster.