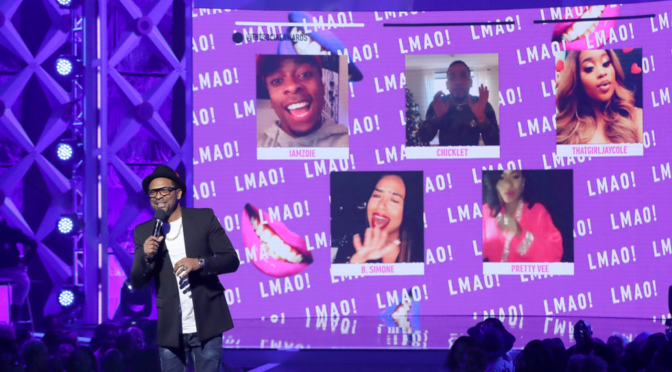 2019 BET “SOCIAL AWARDS” was the biggest live celebration of the most viral influencers on the internet mostly via youtube, instagram. Anticipations were high for the energy hosts DC Young Fly and Jess Hilarious would bring to the table. They are two of the hottest social media superstars. The night opened with a medley of the most memorable dances of 2018, starring social media sensations Shiggy, Dan Rue and Kid the Wiz. Hosts DC Young Fly and Jess Hilarious took to the stage opening the show by guiding viewers in a humorous tutorial of the latest social lingo in “The Rules of Black Twitter.” 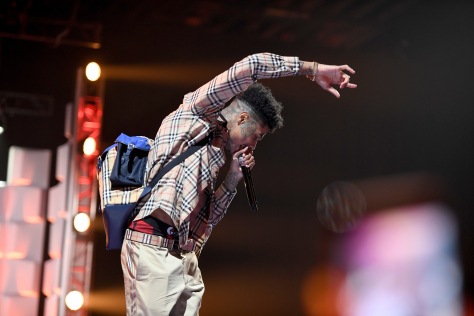 Making his TV debut, Blue Face performed his smash hit “Thotiana,” Danileigh kept the same energy bringing stylized choreography with her performance of “Lil Bebe” after going viral for her dance videos in 2018. Veteran viral sensation Soulja Boy lit up the stage of the  2019 BET “SOCIAL AWARDS” with a medley of his classics including “Crank That” “Kiss Me Through The Phone,” and “Pretty Boy Swag” and his latest song “Cut That Check.”   Airing live from Tyler Perry Studios, the show featured appearances from Mike Epps, Waka Flocka, Tammy Rivera, @BlameItonKway, @85SouthShow,@KendallKyndall, @WatchJazzy and the cast of BET’s AMERICAN SOUL: Kaitlyn Nichol, Jelani Winston, and Christopher Jefferson.

Watch and share all the must-see moments you may have missed at BET.com/Social and on all social platforms by following the hashtag #BETSocialAwards.

Social media is the new frontier of comedy and this social media star keeps viewers laughing 24/7.

This category sheds light on newer music artists who have made some of the biggest waves in music over the past year on social media; breaking out via streaming sites and underground radio shows.

This category highlights an individual who has taken social media savvy and flipped it into big business.

The most influential social artist has nabbed streams, likes, views across platforms, catapulting their offline career.

This award honors an individual who dominates social media with the best memes and viral moments.

This honoree has used their platform to draw attention to injustices and take a stand for change.

Additionally, the show honored social activist Shaun King who uses social media as a tool to keep us informed, mobilized and hopeful for change with the “Social Movement” award; and the “Social Verified” award went to Soulja Boy honoring him because he  continuously elevates the social media landscape.

“THE BET SOCIAL AWARDS” is a BET Production, with Mike Epps and Kyra Robinson serving as Executive Producers. Check out how these social influencers kick off their Mondays. Photos Courtesy of BET