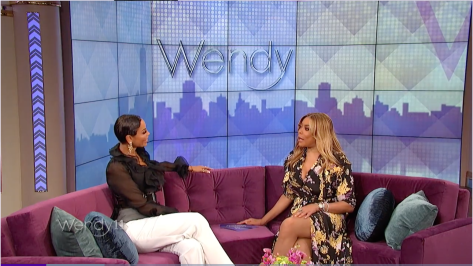 Nicole Murphy is a Stand Up Kind of Woman

Nicole Murphy braved the television cameras and did the walk of shame to the purple confession sofa with her head held high after being dragged for filth through the social media pages; after a photographed piture went viral of her kissing a very married Antoine Fuqua.

Even though the court of public opinion basically already crucified the ex-wife of Eddie Murphy she still agreed to sit through a segment on the Wendy Williams show with the Queen of gossip and drink Wendy’s truth serem. So when Wendy asked “What had happened?” We got the following story from the beautiful ex-model and mother of 5.

According to Nicole, she was in Italy for a film festival. She was minding her own business out there handling business with some interested designers. She was at the pool sipping on some espresso coffee and ran into Antoine Fuqua (she didn’t define their relationship and basically described him as someone she knew in the industry and saw before at different events.

Ms. Murphy did admit that perhaps she was under a different impression of Antoine Fuqua and his current relationship. She did however describe the kiss as a quick kiss that was just frozen in time. It was then at that very moment that Wendy snapped out a different photo of Nicole Murphy and the film director Antoine Fuqua again kissing sitting in an entirely different position. Murphy could do nothing but laugh and pretend motioned to be strangling Wendy Williams. 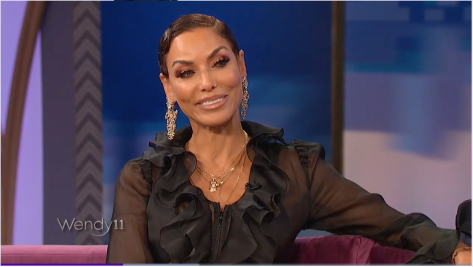 Murphy apologized at least over a dozen times, even looking into camera B and expressing a very passive apology to wife of Antoine Fuqua. I mean it’s not like Nicole Murphy was friends with actress & wife of Antoine Fuqua, Lela Rochon and I truly believe she wasn’t aware of Antoine’s marital status and believe the topic of his marital status probably never came up since the director was out in those Italian streets apparently acting like he was  free single man. I mean the way Nicole Murphy was looking like a whole snack in the two piece swim suit I’m sure the director probably thought he was in a scene from a film and maybe he was pretending he was an actor filming a scene on the beach.

I’m more than sure we will never know the exact dialogue that took place but we can all agree that Nicole Murphy kept it very classy based and did not kiss and tell. But the important thing is she issued a public apology to the world and to Ms Lela Rochon and did state she wishes she could take back what happened and agreed that she wish the situation never occurred.

There is no sense beating a dead horse. We love Nicole Murphy and I am sure all the people judging her has done worst intentionally. Hopefully the media can move on to something else. I think Lela Rochon has had enough embarrassment thrown her way with this entire situation. SMH! Meanwhile we still have children in cages… let’s focus on something else guys!