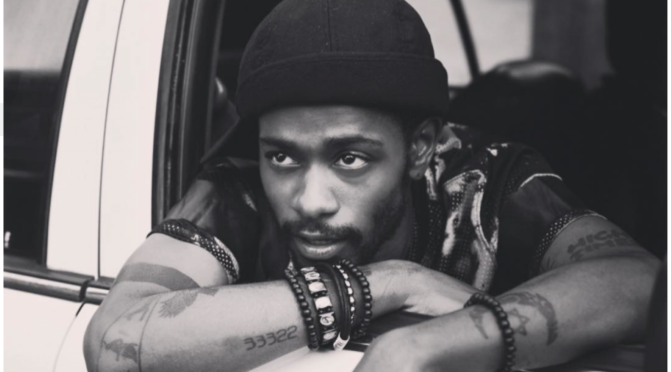 Recently in the media the back and forth (black on black) discreprency between author/media mogul Charlamagne tha God (Leonard) and actor/artist LaKeith Stanfield; the two have been lashing out, well actually Leonard lashed out about a disturbing accusation. Charlamagne tha God took high offense to LaKeith Stanfield naming the Breakfast Club amongst media outlets Lipstick Alley, World Star Hip Hop and the ShadeRoom accused of perpetuating the negative when it comes to Black Folk (my interpretation).

“It’s a fact that a lot of these platforms are usually or tend to be feeding grounds for negative reinforcement toward BLACK ‘nonconformists.’ ”

“You can say any and everything about me. I’ve damn near heard it all about myself online. But what you won’t do is ever fix your lips to call one of my platforms, especially The Breakfast Club, anti-Black,” said Charlamagne. “There is not another show out there that goes from [theGrio parent company Entertainment Studios CEO] Byron Allen to Blac Youngsta like it’s nothing.

“We’ve made plenty of mistakes on this radio [show], plenty of things I’ve looked back on and said ‘yeah, we should have played that a certain way, and all that critique is fine,” he continued. “But Lakeith Stanfield, don’t you ever fix your raggedy a** mouth to call the author of Black Privilege…anti-Black.”

Sooooo that was a mouthfull Charlamagne…I love me some CDG however, I can say that there is some truth to what LaKeith Stanfield was saying. I can recall a few interviews starting with the Gucci Mane interview and alledged ban, the interview with Raz B which I personally didn’t even think deserved a platform like the Breakfast Club but mainly it’s NOT the Breakfast Club I could say highlight the negative besides the ups and downs that just come with the territory of being titled “media”.

The other outlets Stanfield mentioned like the Shaderoom yes World Star Hip Hop (are they still posting stuff? Of course he left out MediaTakeOut that probably should have just been substituted for The Breakfast Club since it’s not really a blog.  Let’s just say maybe the Breakfast Club shouldn’t have been included. Personally again I believe that it’s the platform that is being accused of highlighting some of the perils of the problems of African Americans in the industry. Not Charlamagne and perhaps Leonard shouldn’t have looked at it as a personal attack. He could have approached it with that same energy that he had when Gucci Mane didn’t want to do the Breakfast Club interview.

Seems in that case Charlamagne was able to separate himself and perhaps this should have been one of those same scenarios. LaKeith probably was definitely NOT targeting Charlamagne tha God. What’s the saying ‘a hit dog will holla?”

When it comes to LaKeith Stanfield and Black Media YES, YES, YES, he has absolutely has given us interviews and supports Black Media (at least he used to). Stanfield is from Victorville, CA or is it Hisperia? He has worked very hard on his career and been very focused and he absolutely intentionally supports the positivity of the BLACK NARATIVE storyline and lives what he speaks when it comes to the “Privledge to be Black.” When I did his first interview regarding ATLANTA the show in Atlanta, I was very impressed with him and I knew he was going BIG PLACES really quick. Here is some of that interview. See excerpt below from our Rolling Out interview in 2016

I’m not an Atlanta native, but I do love how “Atlanta” introduces us to places we haven’t seen in other content about the city. It introduces us to Atlanta’s culture and different lifestyles.

The storyline is about two cousins navigating their way in the Atlanta rap scene with hopes of improving the lives of their family and especially their own lives. The series is kind of shot indie film style but made for TV. The situations Community (played by Donald Glover) find himself in are very comical. Sometimes surreal. You’re taken on a journey and witness the perils of growing up in the ‘hood. Atlanta transplants are educating on the history of Atlanta’s music scene and what it’s like to gain notoriety while making your way into the music business

Click on to Rolling Out to read the entire interview