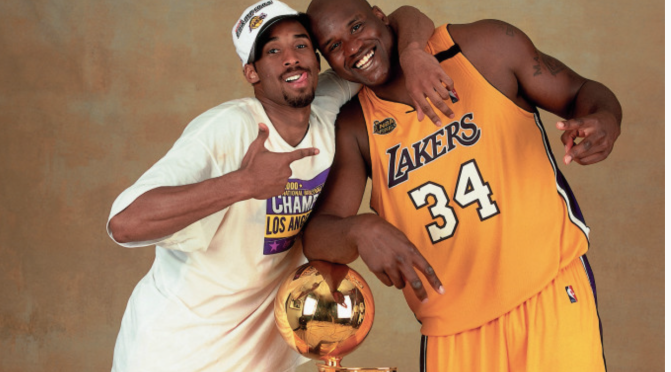 According to Complex Magazine:

Along with his many individual accolades, Kobe Bryant will always be remembered for the magic he made with Hall of Fame center, Shaquille O’Neal. The bond they created as superstar teammates has Kobe’s death weighing heavily on the Big Deisel.

On the latest episode of The Big Shaq Podcast, Shaq revealed that he’s “not doing well,” in the aftermath of Bryant’s untimely death. O’Neal explained that his younger sister had recently passed and he was still grieving her death when he got the news of Kobe’s accident. He now feels like he’s lost two siblings.

“I have a little brother, but I really lost a brother yesterday,” Shaq told his co-hosts at the episode’s 9:55-minute mark.

Shaq also commented on how he received the news of Kobe’s passing.

Mannnn, Shaq recently lost 2 grandmothers, his father, his sister to Cancer and he is truly hurt. He has never seen anything like this in his life. The fact that Kobe is just gone sso early. It’s going to be hard for the Big Fella.