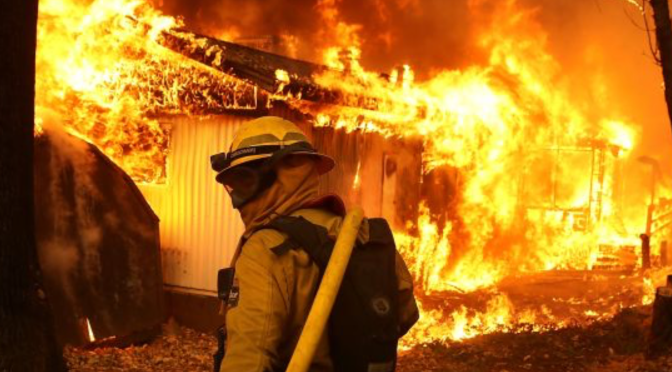 The town of Paradise  in Butte County has been virtually reduced to ashes by what’s called the Camp Fire. At least 31 people have died there, making it the deadliest wildfire in the state’s history in over 85 years. Five victims perished on a single street in Paradise, trapped in vehicles as they tried to escape the blaze, officials said. More than 200 people are unaccounted for. Firefighters were still trying to contain the roaring blaze, which broke out Thursday. END_OF_DOCUMENT_TOKEN_TO_BE_REPLACED