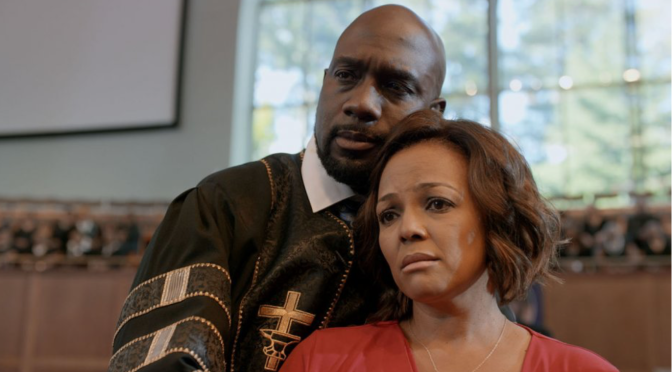 Lifetime TV premered ” A Question of Faith” on April 12th Easter Sunday. Although the movie debuted in theaters in 2017 the film’s subject matter is very timely amid these pandemic times. At the time of production Angela White held the designation as the first faith-based film produced by a female African American producer, White, a veteran producer of Silver Lining Entertainment is certainly no stranger to knowing what it takes to produce a great movie.

“A QUESTION OF FAITH” portrays the struggle of three families of differing ethnicities as they seek to answer difficult questions about struggles taking place in their individual lives. One viewer exclaimed “It’s one of the best faith-based films I have seen,  A QUESTION OF FAITH brings three different families together through a tragic accident stemming from texting and driving. A pastor and his family wrestle with God’s plan for their lives. A mother and daughter struggle to find faith. And a couple desperately seeks a way to save their child. All of their lives converge as the question of each person’s faith plays out and they come to discover God’s love, mercy, grace, and forgiveness.

The Producer’s Channel had a chance to interview Angela White and get answers to a few questions related to the challenges of being a female film producer. Stay tuned Q & A to be posted soon.

Kim Fields brought us Holiday Love over 2 years ago and here are some of the interviews “Behind the Scenes While Filming the Very First Holiday Love in Atlanta, GA”. NEO SOUL/ People TV and Jonell PR “Your Host” was able to catch up with Kenny Lattimore, West Morgan, Gerald Albright, Tye Tribbett and Marvin Sapp and find out why being a part of Holiday Love was important to them. 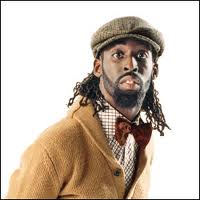 It felt really great to speak to each person and get an honest answer about family, love, and why longtime friendship with Kim Fields and why having a sense of spirituality to guide your life was so important to these Iconic Celebrities. Let us know what you think. 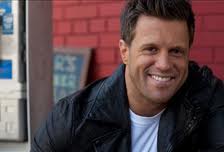 Actress Kim Fields is set to return to Television this holiday season with a brand new holiday special, “Holiday Love: Re-Imagined” which will air in syndication across the country. The one hour holiday special is filled with laughter, joy, and performances from Yolanda Adams, Wess Morgan, Tye Tribbett, Ledisi and more.

Marvin Sapp and the Legendary

The story centers around Kim who finds herself trapped in an elevator with a Delivery Man (played by Radio Host and Actor Rickey Smiley). While trapped she begins to reminisce about her past Christmas parties. New to the cast this year is NY Times Best -Selling Author Karen Kingsbury, and Dr. Shirley Caesar who will sing a brand new ballad. 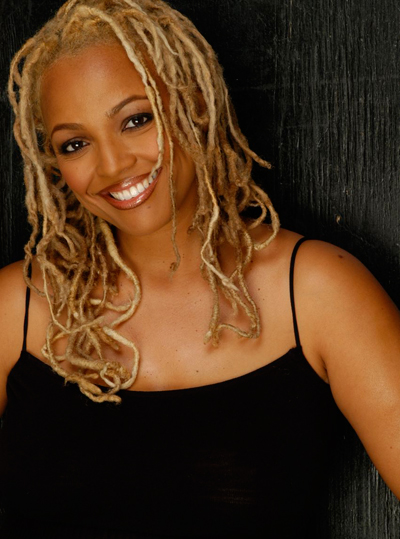 “Neo Soul” had the privilege of going behind the scenes to Co-Producer Kim Fields and her husband Christopher Morgan. Check out what incredible reviews the TV ONe premiered show received. Notice in the interviews how it was spoke into existence that doing this Holiday Love Special would be an ongoing series at the end of every year. Proud to announce , just as predicted this year Kim Field’s Directed the 3rd Series Holiday Love: RE-Imagined

On Christmas Day, families will rise to a shining group of our favorite celebrities in radio, gospel music and comedy who will join veteran actress, director, producer and host Kim Fields for her original TV One Christmas special, “Holiday Love.” Airing at 7 a.m. EST, the two-hour special pays homage to favorite sketch comedies like “Flip Wilson” and “Laugh-In,” offering families doses of hilarious vignettes, heart-warming songs and glorious holiday fun.
“I’m humbled by the vision that God gave me for ‘Holiday Love.’ I am excited to create a family holiday television special filled with faith, music, love, laughs and heart. ‘Holiday Love’ will capture everyone’s spirit and is sure to become a staple in holiday entertainment for years to come,” Fields says.
Featured on the roster of guests are gospel sensations Marvin Sapp, Smokie Norful and Yolanda Adams; comedian Rickey Smiley; gospel artists Brian Courtney Wilson, Dove and Tye Tribbett; jazz saxophonist Gerald Albright; renowned spoken-word artist Karen Briggs; R&B heartthrob Kenny Lattimore; and celebrity trainer Donna Richardson Joyner.
Fields is no stranger to the director’s chair. She spends a great deal of her career behind the camera as a producer and as a lead director of Tyler Perry’s “Meet the Browns” and “House of Payne.” She’s joined by her husband Christopher Morgan in creating this latest venture. –yvette caslin ROLLING OUT

Continuing on Kim Fields lived out her plan as promised and brought Holiday Love back for the 3rd time Titled: “Holiday Love: Re:Imagined”

New [this year] is [NY Times Best-Selling] author Karen Kingsbury and Dr. Shirley Caesar who sings an original song for the show, which we were blessed to produce for her,” said actress and director Kim Fields about her new television special “Holiday Love: Re-Imagined.” The show began airing December 16, 2012 in various cities and will run until the New Year.

Fields is best known for her role in the sitcom “Living Single” and as a director on BET’s “Let’s Stay Together.”

“We released Tye Tribbett’s single, ‘Little Drummer Boy’ on iTunes. Everyone has their favorites,” Fields pointed out. “It’s scripted so they can have an idea of where the scenes are going, but we’re not trying to make you feel uncomfortable. I had Rickey for only five hours!”

This is Kim Fields third “holiday” special. “The last one was two hours— an extended cut,” Fields said about her normal one-hour show. “Each one takes three to three and a half days to shoot. We have fun, but we want to be efficient with everyone’s time. You get a sense of where you can cut the fat. We have an amazing crew, everyone is so professional.”

Kim said God gave her the idea for the holiday specials. It worked for her because she grew up on Dick Clark and Bob Hope television specials. “I was on an Andy Williams Special,” she said.

When asked about the message of the specials Fields answered, “The same joy, compassion and love we see during the Christmas holiday— have it 365, make God prominent 365!”

To learn more about the Kim Fields “Holiday Love: Re-Imagined” television special, which airs in Baltimore on WJZ on December 25, 2012 at 7:00 a.m., visit:www.HolidayLove365.com.