Kontrol Magazine (Julian Lark and his team) did amazing work on the cover photo for actor RonReaco Lee currently starring on Starz Network’s “Survivor’s Remorse.” Lee is no stranger to the television sitcom world as his history on TV dates back to the days of the late 90’s as Tyreke on “Sister Sister”, Tate on Moesha, David on ER, oh and my favorite was Chris on Girlfriends and now  Lee definitely has found his calling playing the role of “Reggie” on Survivor’s Remorse! (You know his television series list goes on and on and on! I’m convinced  it’s almost as if this veteran actor’s role  on Survivor’s Remorse was tailor made just for RonReaco; it’s as if someone knew he’d be the perfect candidate to pull it off. Pairing him up with Teyona Parris as his wife Missy Vaughn definitely puts the icing on the cake.

RonReaco has definitely paid his dues to the film and television business and this cover is long over due. Lee is probably one of the most underrated black actors in Hollywood. No wonder he brought his talents to Atlanta where we appreciate his work 1000%. No tea no shade Hollywood. We just love us some RonReaco Lee in the South. Celebrity actors like Terri J Vaughn, Kim Fields, Sandra Norwood, Ashley Mills and the entire Survivor’s Remorse cast came out to celebrate. The night was so awesome I wouldn’t have been surprised if Lebron James had walked into the party. You missed a good one LeBron!

Special thanks to Dussé Cognac for the courtesy cocktails. The “Survivors Remorse” was the most popular drink of the evening. Trang Do and her bar staff were most courteous and efficiently whipping up cocktails all night. We really appreciated the beautiful Dussé models as well. So excited about what season 4 has in store. So get ready for August 20th, tune in on the Starz network. Congrats to RonReaco Lee! Now check out the trailer and then the photo gallery to see who showed up and showed out. 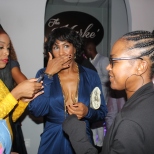 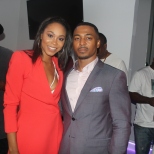 Sandra Norwood, RonReaco Lee (like they haven’t seen each other since Moesha?) 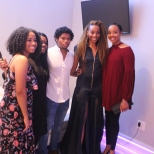 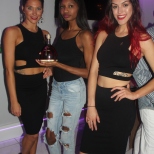 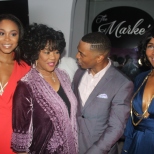 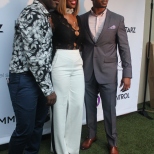 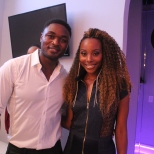 Erica Ashe & her sister have the exact same smile

Will & Shannon pose with their master piece Cover Photo 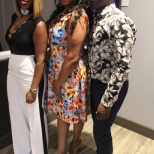 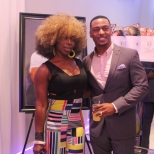 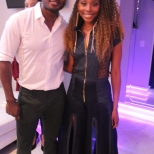 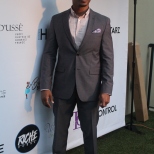 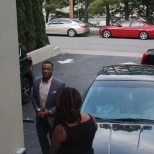