So many people are excited that Chris Brown and Drake have finally dropped the music video for “No Guidance.”  Back in June the two released the single and it became one of the summer anthem singles. It seemed appropriate for the video to be shot in Miami.

Chris Robinson directed the video. This was kind of underwhelming for a Chris Robinson production but the storyline was cute. We see Cardi B paved the way for the red rag to be worn as fashion (by those that are truly blood affiliated) Back in the day that would have been a dangerous move in the early 80’s. Powerhouse producer  Andrew Listermann of Riveting Entertainment handled the production.

We actually previewed the video and here are our thoughts: Chris Brown didn’t disappoint with the dance moves, and it was a smart move for him to add dancers. I guess Chris Brown’s age is starting to show with the fancy footwork. Perhaps he has changed his choreography team. I like the effort Drake made with the dance moves. It gave a feeling that those were his dancemoves in real life. 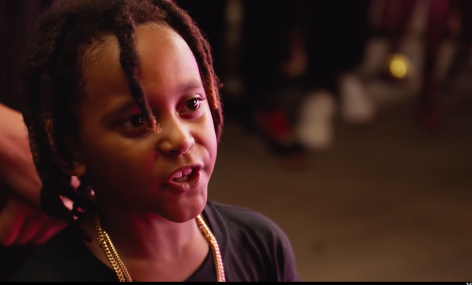 Photos Screenshot from You Tube Video

The real MVP went to the lil kid King Aguila the messenger; especially at the end when they did the blooper.Overall I loved the video, probably because the girls were on point, the cinematography aspect of the video was definitely on point and Drake and Chris Brown both looked very tasty!  What are your thoughts?